Baarle-Nassau is a municipality and town in the southern Netherlands, located in the province of North Brabant.

The town is the site of a complicated borderline between Belgium and Netherlands, with numerous small exclaves of the Belgian town Baarle-Hertog, some of which contain counter-exclaves of Nassau.

The border with Baarle-Hertog, Belgium​

Baarle-Nassau is closely linked, with complicated borders, to the Belgian exclaves of Baarle-Hertog. Baarle-Hertog consists of 26 separate parcels of land.

Apart from the main parcel, known as Zondereigen and located north of the Belgian town of Merksplas, there are 22 Belgian exclaves in the Netherlands and three other parcels on the Dutch-Belgian border.

There are also six Dutch exclaves located within the largest Belgian exclave, one within the second-largest, and an eighth within Zondereigen.

The border's complexity results from numerous medieval treaties, agreements, land-swaps and sales between the Lords of Breda and the Dukes of Brabant.

These distributions were ratified and clarified as a part of the borderline settlements arrived at during the Treaty of Maastricht in 1843.

For clarification and the interest of tourists, the border is made visible on all streets with iron pins.

This way it is always clear whether one is in Belgium (Baarle-Hertog) or in The Netherlands (Baarle-Nassau).

This is also visible on the house numbers: the style of house numbers is different in both countries and often one will find the Dutch or Belgian flag next to the number.

These are all part of Baarle-Nassau Commune.

These are all part of Baarle-Hertog Commune, and are surrounded by Baarle-Nassau Commune (Netherlands).

Topographic map of the municipality of Baarle-Nassau, June 2015. 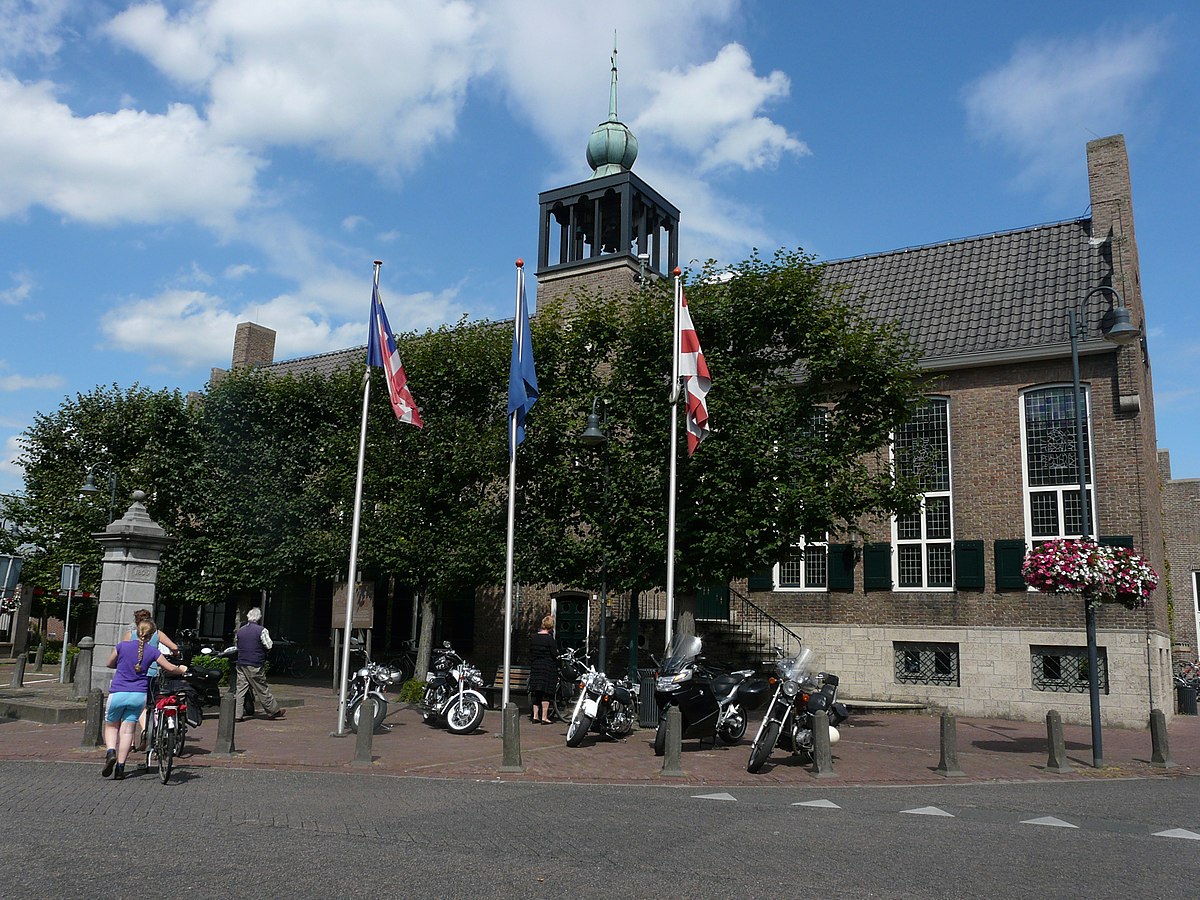